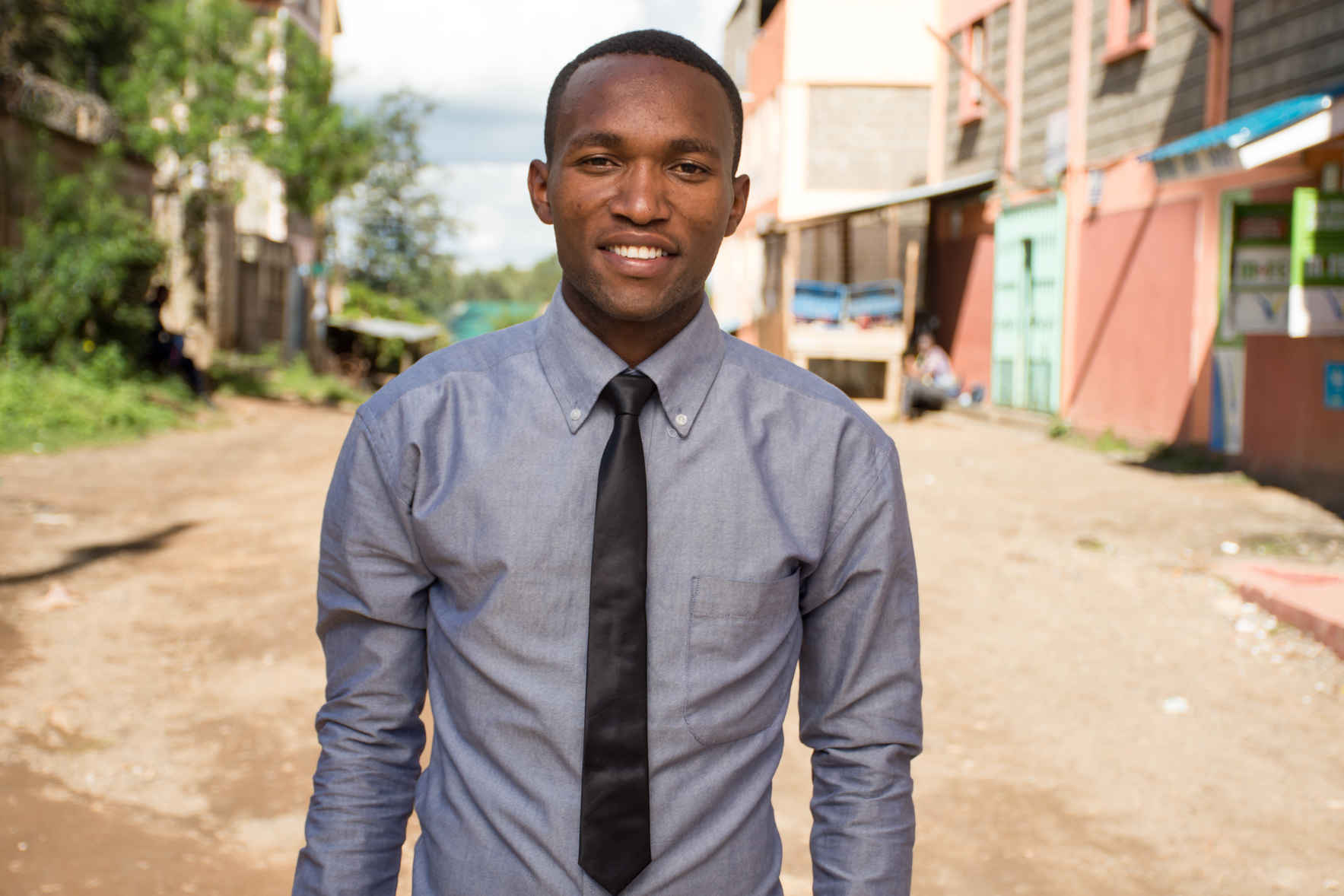 John grew up in a poor region of Kenya amidst a lot of pain and hardships. When he was eight years old, his mother died...the very next year his father also died. His Aunt took up the responsibility of raising John, and became like a parent to him. Before John even reached high school age, his Aunt died as well. John spent his high school years living in a government sponsored school in Nairobi. It was there that he found a relationship with Christ, along with joy and peace, despite all of the hardships he's been through.

Today John serves as the Resident Supervisor in our Phokos Nairobi home. He loves leading the other Missionaries and volunteers in good works and evangelism throughout Nairobi, especially to people who feel they have "lost hope in life." John says, "Having grown up in pain, and experiencing a lot of loss of people that I value, I feel it is needed for me to reach out to these same people."

John is gifted musically, and uses his gift to the glory of God. We have been invited to preach the saving gospel of Jesus Christ in many secular venues because of John's testimony and musical talent. Thousands of high school students, tens of thousands of college students are being reached, and many are coming to Christ. God is using John's experiences, testimony, and musical talent to open doors for powerful gospel presentations to thousands of hurting people throughout Nairobi, Kenya.